Vis menyen
Bellona.de > Bellona sees a tightening of the Paris Agreement at COP26

Bellona sees a tightening of the Paris Agreement at COP26

After extending negotiations for an extra day, leaders of the United Nations summit in Glasgow have offered a new draft agreement that aims to bring nearly 200 nations together in tackling climate change. 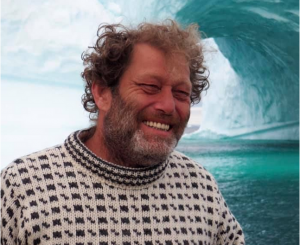 After extending negotiations for an extra day, leaders of the United Nations summit in Glasgow have offered a new draft agreement that aims to bring nearly 200 nations together in tackling climate change.

Bellona founder Frederic Hauge, who is inside the summit, says that the latest draft agreement released Saturday morning shows improvements over its previous iterations.

“This has developed overnight, and we see that the reporting arrangements have been improved in the latest draft,” says Hauge.

For the past two weeks, the Bellona Foundation has been at COP26, as the climate summit is called, hosting its own pavilion in the “Blue Zone” inside the conference’s  negotiation area.

The negotiations at this pivotal summit have continued,  as they have in previous years, into overtime. On Friday night, the negotiators received a number of suggestions from Bellona for the negotiations over the much-discussed Article 6 of the Paris Agreement – the much contested clause that would allow nations to sell carbon emissions credits once they have met their own reduction quotas under the treaty.

By Saturday morning, the Clean Development Mechanism (CDM) from the Kyoto agreement is still in the draft. Bellona has wanted to remove this mechanism from the framework because it codifies a reporting system with many loopholes.

“It is not good that CDM quotas from the Kyoto mechanism are still in, but not critically crucial for the number of this year’s negotiations,” Hauge says.

“This was about as expected,” Hauge continues. “We assumed that these would not be removed this year either. The consequence is that there may be more quotas on the market during the start-up period. Nevertheless, it is unlikely that the EU will allow this system to be used in Norway and Europe. Thus, this is not the only reason to say that the whole agreement from this year’s negotiations is bad, but this point could have been resolved better.”

The climate draft states that quotas from the Kyoto Protocol during 2023 must be approved and that these must be transferred by 2025.

“We had expected this anyway, and they are still not very relevant for Norway and the EU, “says Hauge.

NDCs – or Nationally Determined Contributions – are a requirement of the Paris Accord and CORSIA is the system for quota purchases in international aviation.

According to the draft agreement issued today, the emission reductions will now be calculated exclusively against the NCDs a nation reports  in order to avoid double counting. This will then also function as a type of climate financing.

“We now have a system to ensure environmental integrity and additionality that will apply regardless of quota, as well as for so-called voluntary quotas,” says Hauge. “Voluntary quotas under the new mechanism must be claimed by the reporting nation, and they cannot be claimed by the country that buys the quotas, which avoids them being counted twice. There may be companies that will still want to buy such quotas, but we now avoid the UN greenwashing this type of quota,” says Hauge.

If the practice of double counting had become part of the declaration, it would have, in effect, given the UN’s stamp of approval to greenwashing. But it is still a task to ensure that the buyers of allowances do not actually include them in their own emission accounts or use them incorrectly in their reporting.

“It will thus be up to civil society to settle with the companies that choose to abuse such quotas in their marketing,” says Hauge.

In the new draft, two percent of the quotas will now be withdrawn when trading in order to ensure that there are fewer and fewer quotas available on the market. Two percent is too low, Bellona believes. But establishing such a practice is still very important.

“The important thing here is that they establish a methodology for deleting quotas, Hauge says. “This can be strengthened through the negotiations at forthcoming climate summits. If next year’s cuts do not show the necessary progression, we must delete more through this newly established scheme.”

Bellona’s concern now in the run-up to the COP26 finale is about climate finance and loss and damage.

“We fear that this is what may overturn an agreement here in Glasgow,” says Hauge. “Climate change will affect many, and we wanted a much larger contribution from the member countries than we see in the draft. Therefore, the contributions must be increased significantly at the upcoming climate summits.”

Under the section on restructuring, a subsidy for fossil fuels has been phased out.

“It is historic that fossil subsidies are included in the negotiations,” says Hauge. “Bellona has a different opinion than other environmental organizations and is happy that it does not apply to coal in general, but ‘unabated’ coal (coal without purification, i.e. carbon capture and storage). We believe that abatement of gas and coal will have an important role to play in the future, especially for poor countries, and we are therefore pleased with the clarification in the draft,” says Hauge.

“The draft also talks about ‘Clean Energy Systems’ and not just renewable systems, which also opens up CCS as a solution,” Hauge adds. “Bellona has worked actively for this during the negotiations, and is happy with the wording in the draft.”