Will Hydrogen Cannibalise the Energiewende? 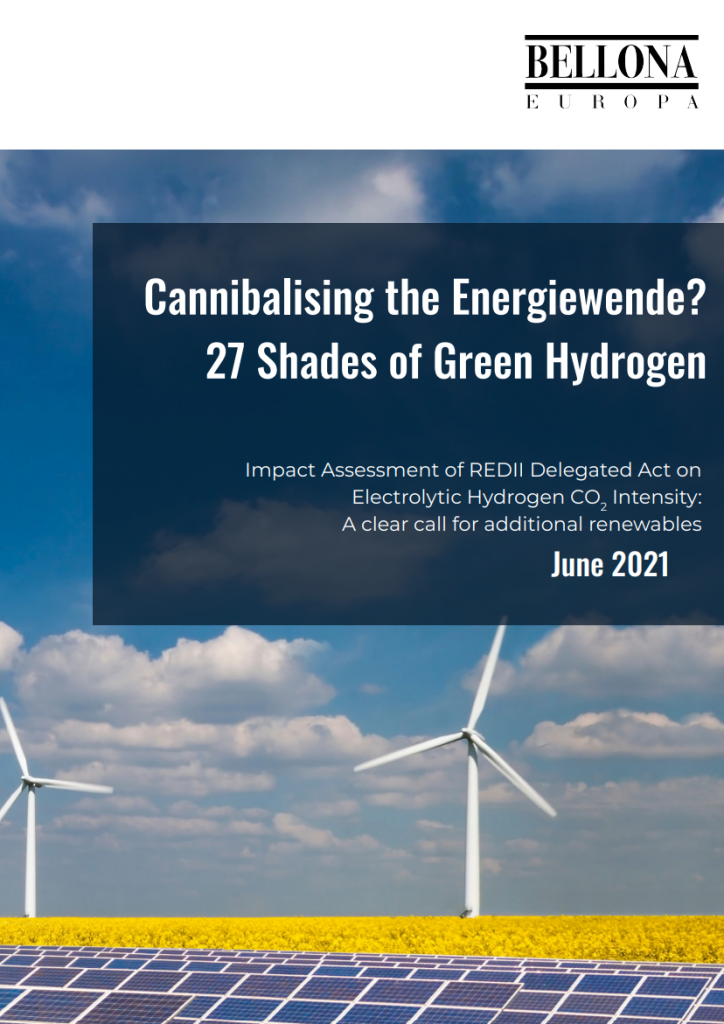 The delegated act of the Renewable Energy Directive (RED II) on Renewable Fuels of Non-Biological Origin (RFNBOs) is bound to be published soon. This will set the regime under which hydrogen (local or imported) can be labelled as renewable hydrogen in Europe, determining its sustainability and eligibility for subsidy. This briefing looks into the proposal that is currently being discussed, testing it with real-world data in order to understand what it would mean in terms of real carbon emissions and running hours for the grid-connected electrolysers.

Electrolytic hydrogen requires large amounts of electricity to be produced. Models, such as the EU long term strategy, show that in the coming decades this will become a huge driver in demand for growing electricity. <strong>Ensuring this electricity is from additional renewables and is not cannibalising existing renewable electricity currently used for direct electrification is crucial for the climate. </strong>

Hydrogen production will be well suited in future electricity grids with very high renewable penetration and will be needed in the net-zero future, particularly to support industrial and some transport decarbonisation. However, today European grids are overall still in a transitional phase, where running an electrolyser inevitably leads to an increase of demand that will be covered by ramping up the available dispatchable generation, namely gas and coal electricity generation. Without the necessary safeguards in place, producing hydrogen today on the majority of the European grids will result in the cannibalisation of the renewable energy production that was deployed to decarbonise other parts of our economies, hampering the transition of the electricity system and increasing emissions.

In the development of the delegated act on RFNBOs the EU should acknowledge the emissions reduction limits of the production of hydrogen on carbon intensive electricity grids. Kick starting hydrogen production today to decarbonise European industry tomorrow will come at the compromise of increased fossil fuels consumption, and thus emissions. <b>To safeguard the electricity transition while in parallel creating the conditions for future large scale hydrogen production, the enabling legislation must ensure and catalyse additional deployment of renewables to meet the needs of hydrogen production.</b>

The proposed system-level matching regime in the delegated act is a creative compromise that will result in high running hours for electrolysers, making it less costly to produce renewable branded hydrogen in Europe by loosening the connection between renewable branded hydrogen and renewable electricity. Additionality of new renewable generation to meet the needs of new electrolysis hydrogen production is the single remaining effective climate criteria in the proposed delegated act.

<strong>Bellona calls on the European Commission and all EU Member States to sign up to the letter sent to the German EU Presidency in November 2020 by Austria, Denmark, Ireland, Luxembourg, Portugal and Spain, strongly backing the additionality principle as a prerequisite for keeping hydrogen green – and safeguarding the energy transition.</strong>